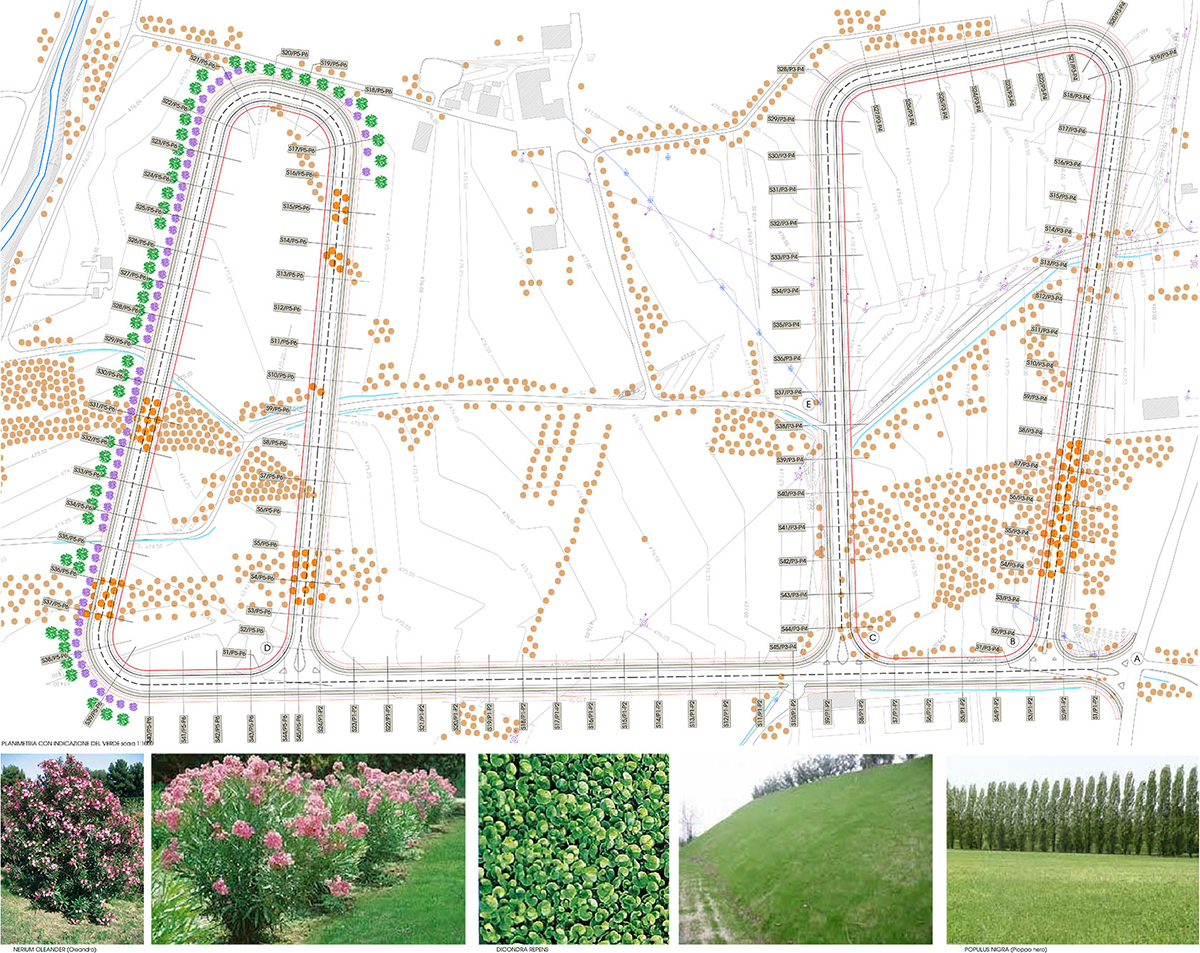 The infrastructure object of this final project, will be connected to the area for the industrial areas of Monteverde. The aforementioned area is characterized by the presence of an important agro industrial complex and other companies in the food sector that is manufacturing. The area has a strong vocation for productive settlements due to its proximity to the center of Bojano and for the optimum placement on the main regional road network. The area of intervention is classified in the current PRG of the municipality of Bojano as “D1 – Industrial.” The road will assume the configuration of a double ring, connected by a straight axis, finally, to allow easier access to the properties in this project is been provided for the maintenance of the existing road network, to which will be accessed through a graft to the project road. In the project, the various aspects related to the realization of the track have been taken into account, including the disposal of water, the lighting system, the preparation of the main services (electricity, gas, water / fire network) and the implementation of safety through a video surveillance system.
The road is classified as C type, secondary suburban street, characterized by the presence of a single carriageway with at least one lane in each direction and shoulder, it is also made up of a road platform built with both sections detected, with both traits in mild trench, with a development of about 2300 linear meters. The track consists of two lanes, one for each direction, with a width of 3.75 m each, the lanes are also provided with respective lateral shoulders width of 1.50 meters, a total width therefore equal to 10, 50 mt. The project treats various aspects of implementation of the route, among which the disposal of water, the lighting (with LED lighting), the preparation to key services (electricity, gas, network water/fire) and the implementation of safety through a video surveillance system. Finally, it is planned to build a sidewalk colored concrete, two meters wide, placed on one side of the road and in addition, within the project the green choice have been suggested for the placing within the ‘intervention area 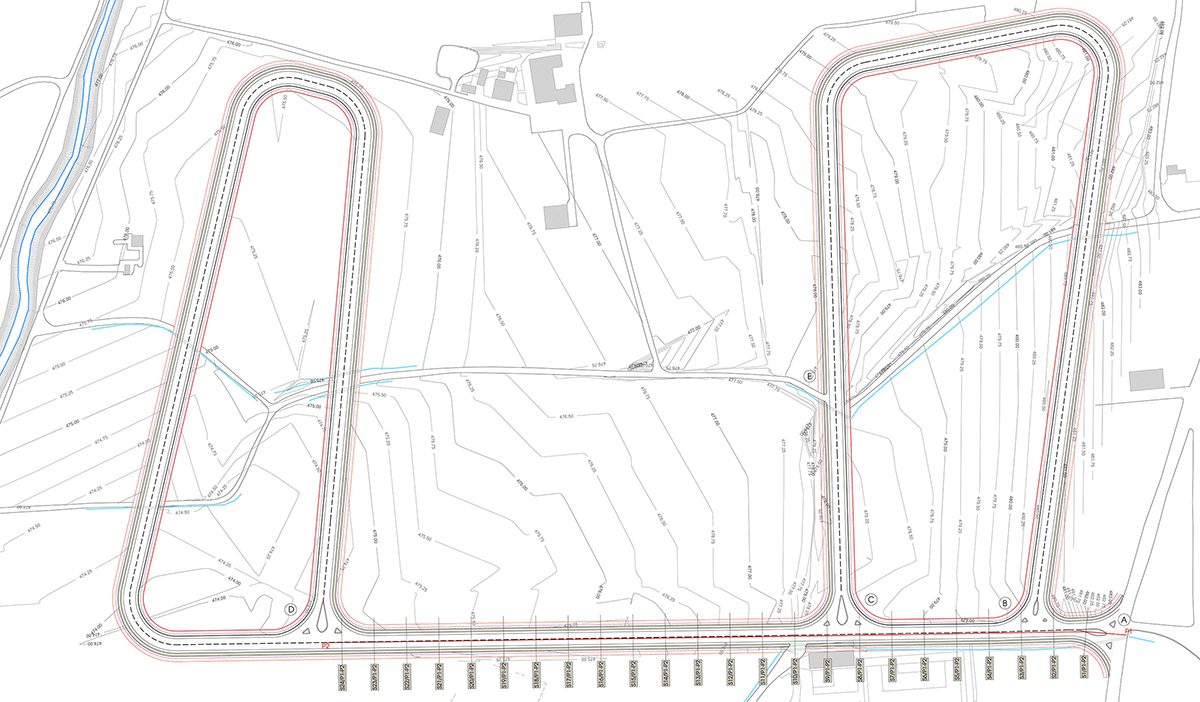 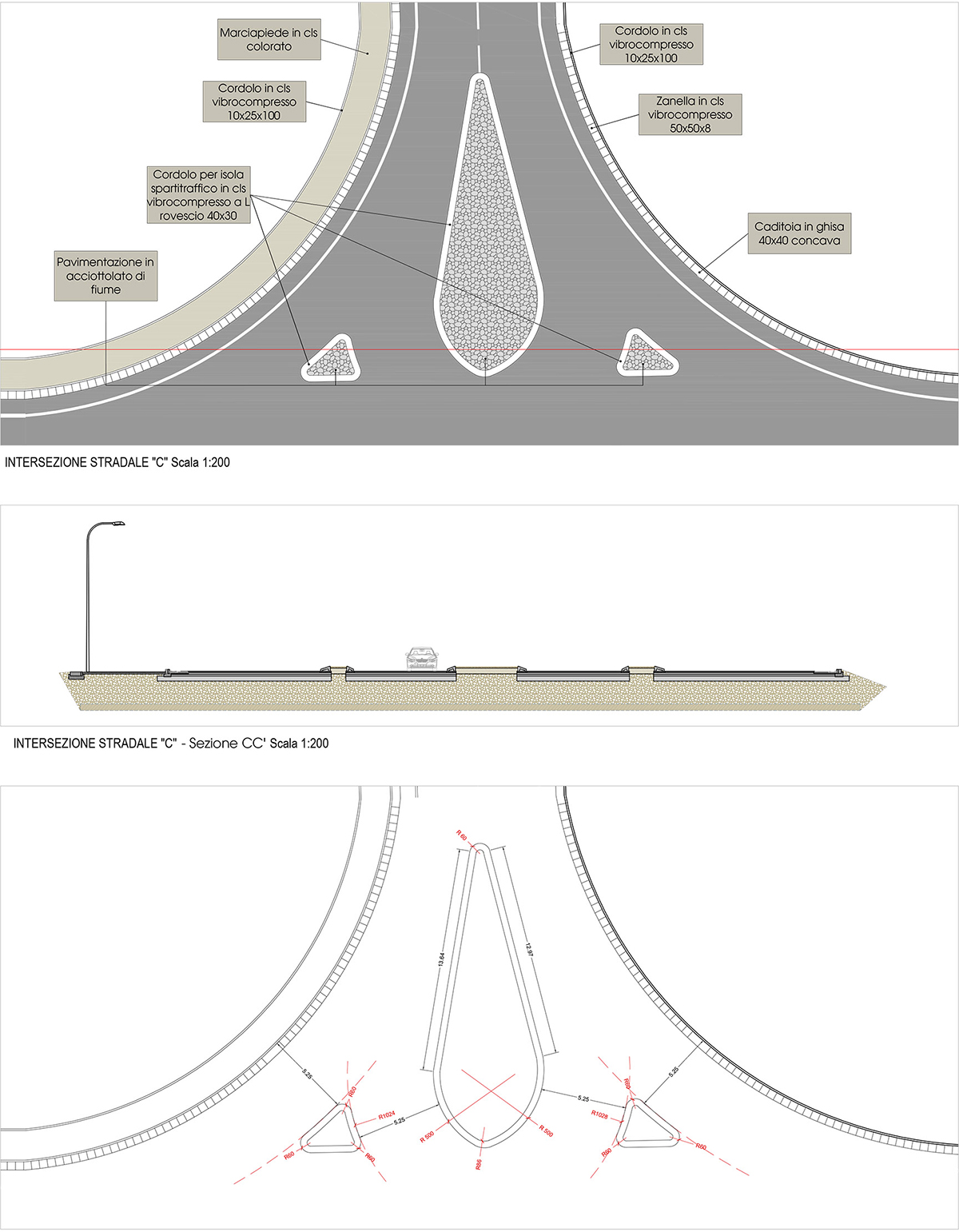 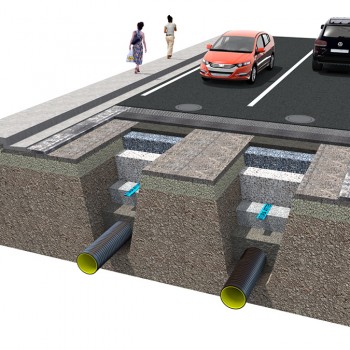 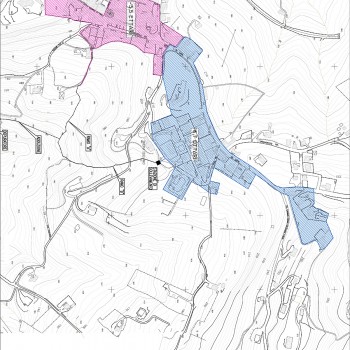