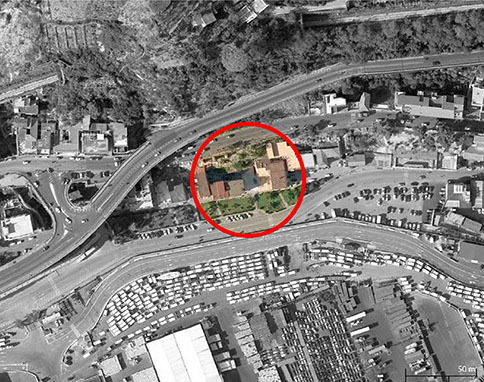 The project, therefore, concerns the implementation of urgent measures to eliminate or mitigate geological risk over Salerno area and in particular, the viability of the former SS18 in the stretch that connects the town of Salerno to Vietri sul Mare and the village, near via Porto and the ridge. The intervention project involves the construction of a rockfall barrier to day energy consumption (1 action), or able to withstand impact of a rock block of a kinetic energy, upstream of the former SS18 on the border with the town of Vietri sul Mare and a gabions in adherence (intervention 2) always able to absorbe energy street behind via Porto in order to prevent that rock parties may collapse on the houses below. The first part concerns intervention that stretch of road linking the port of Salerno, the Amalfi coast, in particular along said road layout, will see the creation of a rockfall barrier to a length of about 90 meters and an average height of about mt.3,50. In addition to the installation of rockfall barrier to absorption of energy and restoration of doors conditions danger, with cleaning the area near the ridge for the future, if possible, put in the home of Mediterranean plants, to set up a kind of natural barrier upstream of new rockfall barrier section (in fact, that area is almost devoid of vegetation view the short distance from the rocky ridge).
Another important objective of the intervention in the project is also the removal of debris, in front of the placement of gabions; the execution of work in the project will permit, therefore, the use of the stretch of road in greater safety and efficiency. The intervention area falls in a clearing place close to Via Porto, in the town of Salerno, where they insist, just behind the ridge, a series of villages that could be involved in the eventual landslide. The operation to be performed provides for the placement of gabions in adherence by rock climbers, who will place the same from upstream with a double-twist net, for a wide front, about 20 mt all the necessary height, always on that face of the ridge on the left side of the intervention already insists a network in adherence showing the need for a revision through the binding of some meshes and the further anchoring in some places where it is most relaxed. The ultimate goal of this procedure is the elimination of the impending landslide risk on the houses and on the population, by improving the slope stability, implementing the berths of the existing gabions, as well as the installation of new missing part of the network further on the the remaining costoneper which will be used a rockfall network consisting of a supporting rope made summit co-galvanized steel strands. 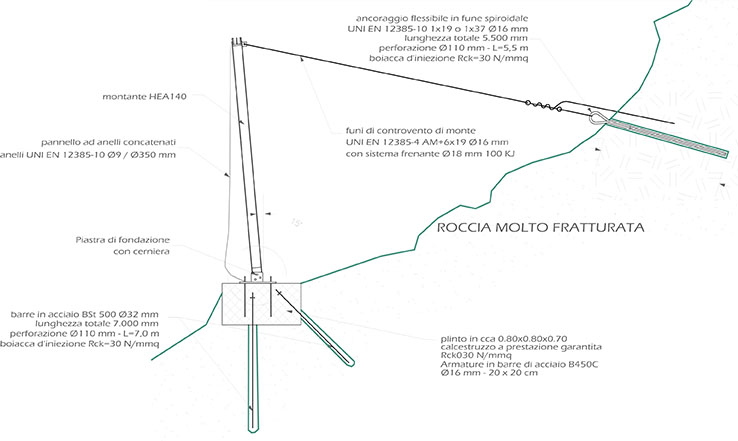 “Urgent works for the extraordinary maintenance aimed at the elimination of the danger and safety of the land ( SAB A.D.B. 1308 ) located on the sites owned ridge in the town of Salerno, upstream of SS18 near Via Porto” 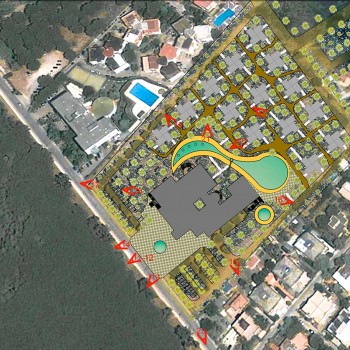 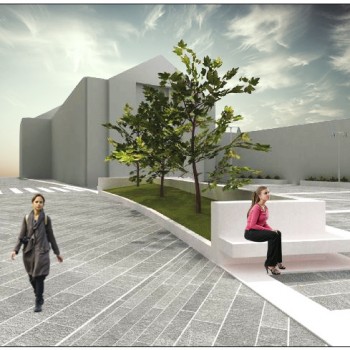